If you are new to our blog, last Summer around Benjamin’s first birthday, he could not crawl or pull himself up. He didn’t start to sit up until 11 months old. They did an MRI to check for cerebral palsy and it came back negative. So for now he just has some good delays and still seems to have the hypotonia with his legs. 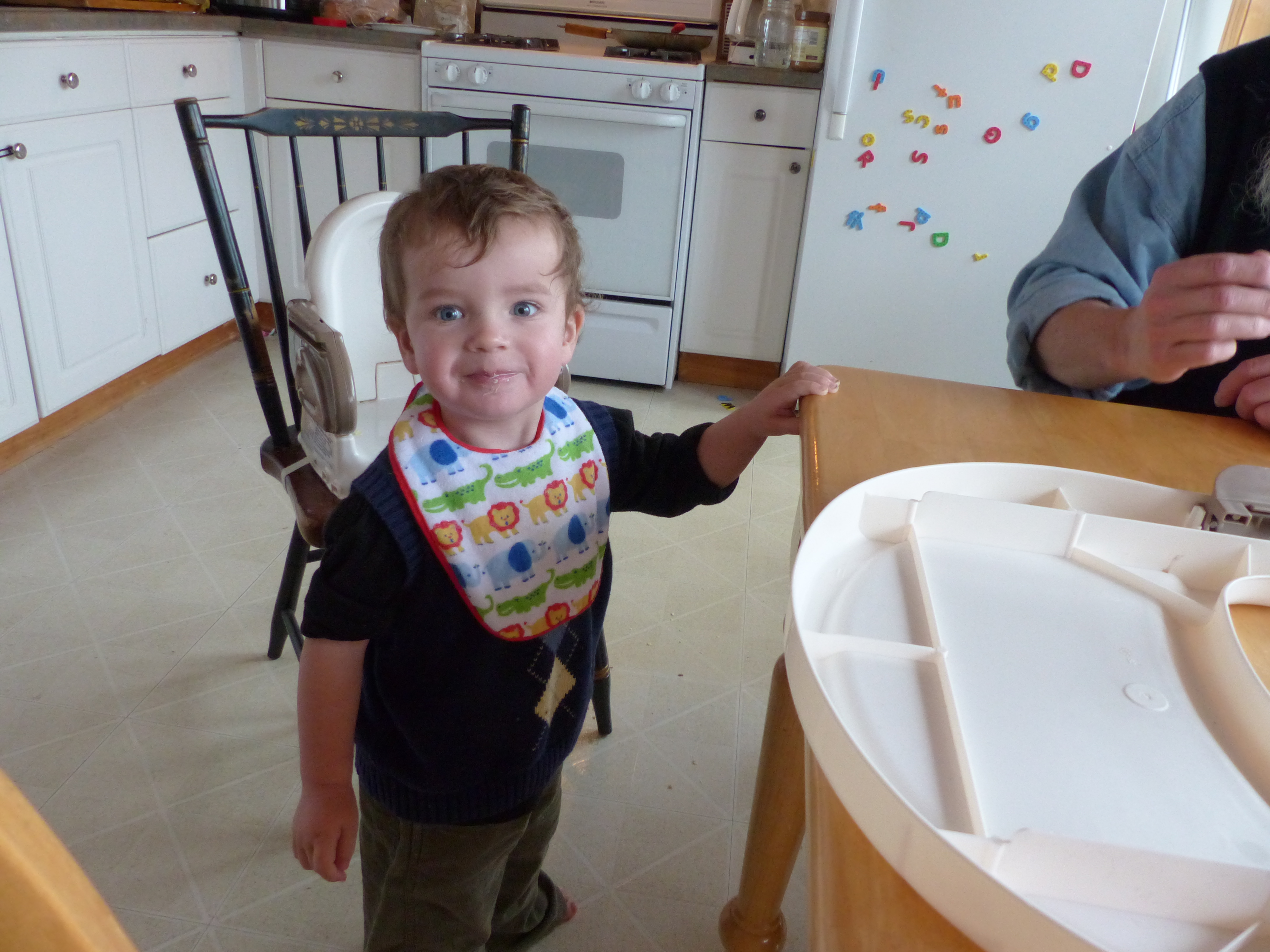 Good news! He took his first unassisted step on March 25th! This came quick from him just standing unassisted for the first time a few weeks ago. He is coming up on 21 months old already.

Daddy is feeding him some fish while he gives me big, beautiful smiles.

I still have many pictures of the kids to post but for some reason I don’t get much of an unction to blog much until I am settled in my own home again.  : )  I keep waiting for that day when I get the urge and will sit down and play catch up with pictures and stories, but it just doesn’t come too often. I’ve been reading the Bible A LOT every day and enjoying it and getting much out of it. I am happy to be in this “place” again. The girls have been making paper dolls, we’ve all been spending time putting together many puzzles and the kids often play chess during their free time if they aren’t playing in the snow. Even Leah knows how to play chess. I bought Leah a Bible a couple of months ago and she picks it up to read a couple of times a day and she’s already in Leviticus and only a few chapters shy of Numbers. Wow! While we have a box of children’s books for them to read, she loves to read from her own Bible. Little Matthew has been growing little apple trees from seeds… the little farmer in him can’t help but come out no matter where we are. We’ve been told that Spring is right around the corner here so we’re awaiting as we’re eager for it too!